Explore Vietnam: the bewilderingly beautiful cities of Saigon and Hanoi, the emerald waters of the Halong bay, the fascinating Cu Chi Tunnels and the untouched beaches of Phu Quoc.

A 8 day trip plan, that starts from Vietnam’s historic capital Ho Chinh Minh city (Saigon), a day trip to explore the labyrinthine Cu Chi tunnels, then soaking your feet in the pristine waters of Phu Quoc beaches and finally to the charming Hanoi and the mesmerizing Halong Bay.  We bring you beaches, boat rides, swimming in azure open waters, beautiful stays, delicious local food, fun cities with a rich history and more!

Discover the gorgeous islands of Krabi in a trip packed with sun kissed beaches, boat rides and snorkeling in the azure waters of the Andaman Sea. Come along and taste the good life with us on a 6 day adventure to Krabi!

A scintillating journey back in time, to the land with a fascinating history. Take a guided tour of the ancients ruins of Asia’s largest Harrapan site at Dholavira, stay in the local Bhungas (Mud Houses) of Bhuj and Hodka where we dig into some seriously delicous traditional Kutchi food. What makes this trip different from previous ones is that you will see the White Rann Desert at its best, on a full moon night when it’s at its most beautiful. Get ready for an unforgettable journey!

Of Mountains and Homestays: Sikkim

This beautiful state of Sikkim in the lap of the Himalayas is still a well kept  secret, when away from the tourist traps. It’s a melting pot of cultures and traditions and with nuances like the quaint villages, gorgeous landscapes, the tea gardens, treks, local life, the golden peaks in the backdrop, it makes for a great experiential travel plan. Sikkim is surrounded by the mighty Himalayas on all sides except the South. It has Bhutan to the east, Tibet to the North and Nepal to the west and is the least populated state. However it is the looming presence of the Kanchenjunga, the third highest peak in the world that casts a mystical spell.

Discover the gorgeous islands of Krabi in a trip packed with sun kissed beaches, boat rides and snorkeling in the azure waters of the Andaman Sea. Come along and taste the good life with us on a 5 day adventure to Krabi! 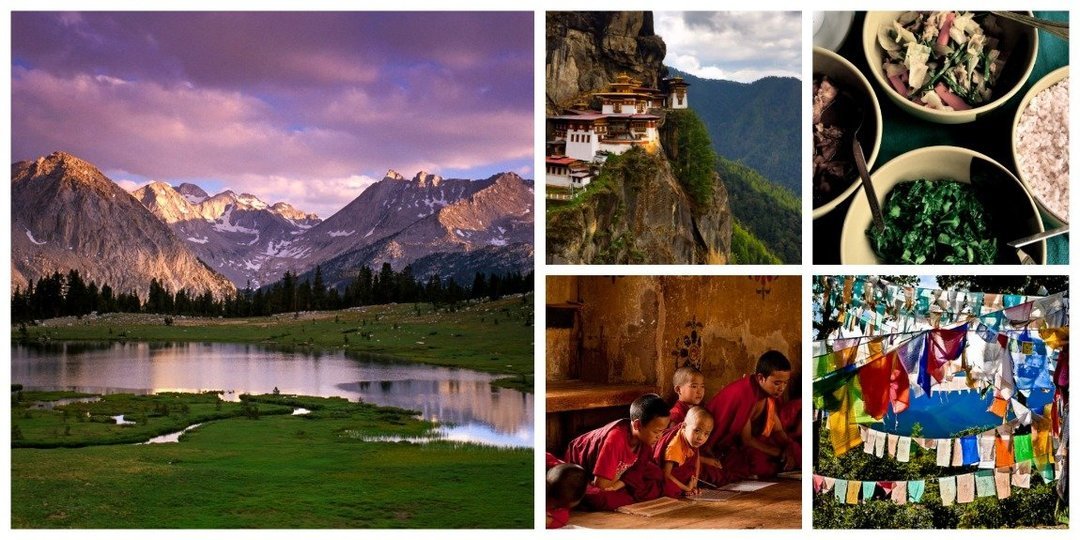 This autumn go for an epic road trip to Bhutan, a country where happiness is currency. Traveling to this Himalayan land is an adventure in itself. Long winding drives with magnificent sights that surround you, hikes to the Himalayan hamlets, visit to the stoic monasteries, wondrous mountainous pastures that you pass by and really warm, cheerful, happy people that you meet along the way and share a cup of tea with. But Bhutan had us at happiness being their GDP measure.

Come away to spend the autumn on a roadtrip to this Himalayan land.  Start from Bagdogra, entering Bhutan via Phuntsholing and covering the beautiful cities of Thimpu and Paro and the far off valleys of Punakha and Phobjika. 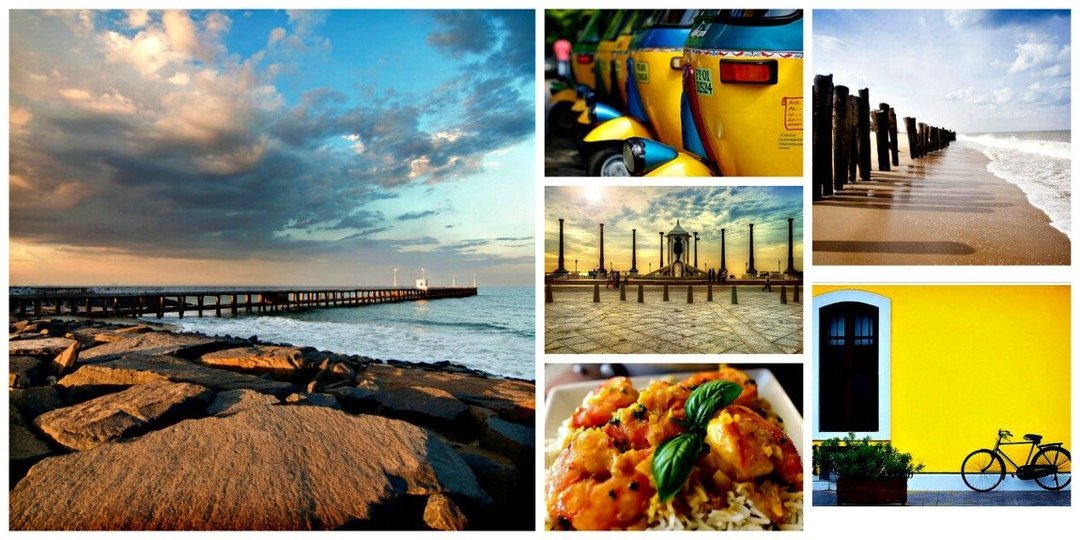 A seaside town with an old world charm is a perfect haven for vacationers. The older part of this town has leafy tree lined boulevards, brightly painted houses, cafes and picturesque cobbled streets. The French influence is widely seen here in the architecture, the food and the people. The town is divided into the east side, which is the French Colony with the beautiful bougainvillea adorning the walls of mustard houses, and the western part of the town is predominantly Tamil. Not France with a touch of the Orient but quite the reverse. The Tamil Quarter of Pondicherry is a place where cultures not only meet, but melt. Soak in the best of both worlds as you explore the French Quarter and Tamil Quarter. 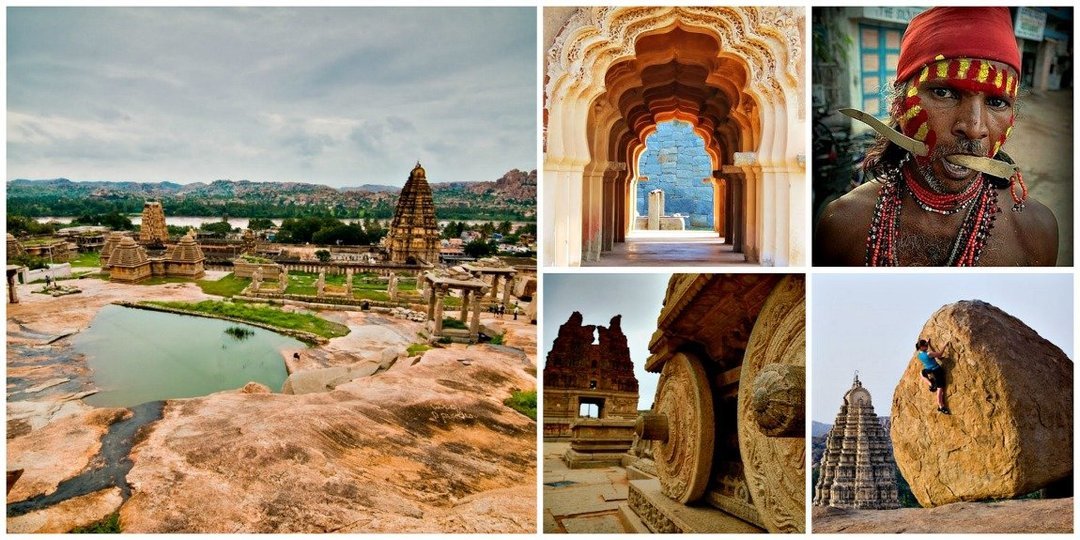 Burnt out? Tired? Delirious with numbers? Office walls are too much to take? Worry not! Lets go Hampi

We have designed a trip spanning over 4days 3nights to explore the ancient city of Hampi . Staying on the other side of the Tungabhadra river, dining on the banks of the river, waking up the greens with hillocks of boulders in the background, learn Bouldering on these rocks and exploring the ruins! So its going to be YOU, your moped, your map and all in a group riding together to explore the Magical kingdom of Hampi. History, Mythology, architecture, natural landscapes all merge together to form this heady concoction, which will leave any traveler hung-over for days to come.

Vietnam: The land you never knew

An 8 day trip plan, that starts from Vietnam’s historic capital Ho Chinh Minh city (Saigon), followed by exploring the colorful life on the Mekong Delta, a day trip to explore the labyrinthine Cu Chi tunnels, then on to the picturesque Mu Nei and finally to the charming Hanoi and the mesmerizing Halong Bay.  We bring you beaches, boat rides, swimming in azure open waters, water sports and sand dunes, delicious local food, cooking classes, fun cities with a rich history and more! Come along and immerse yourself in this amazing Vietnamese adventure.

Vanessa_Ladakh with The Blueberry Trails

It’s that time of the year again, when we pack our woolens and get ready to go to the mesmerizing land of Ladakh. We have gone there every year since the year of inception of The Blueberry Trails and still the beauty that surrounds us never ceases to inspire. It takes our breath away every time. We have designed this trip for you keeping in mind the local nuances and smaller experiences that the land offers. We try to stay away from the mainstream, beyond the usual circuits.

Kerala ‘The God’s Own country’ is an enchantingly beautiful, emerald green land, flanked by the Western Ghats on one side, the Arabian Sea on the other, and strewn with rivers, lagoons, backwaters and rich vegetation. Vasco da Gama discovered the sea route to India from Europe when he landed near Calicut in 1498 AD. The name ‘Kerala’ is derived from keralaputra or the ‘Land of the sons of the Cheras’, who were the very first rulers of Kerala. Wars have raged over this coveted land since very ancient times.

Kerala is situated, in the South West corner of Indian peninsula. It is a tropical state with green and lush vegetation and has a 550 km coastline on the Arabian Sea. Kerala is also one of the richest states in India with forests and plantations of rubber, cashew, and coconuts everywhere. It has a particularly rich heritage of dance and drama (Kathalkali, Koothu, Mohiniattam) and people here are among the most industrious and well educated in the country. Kerala is renowned all over the world for its backwaters, natural beauty, health resorts and beaches.